Guardians of the Galaxy movie review

Going hunting for some treasure(jiggies) and battle Giant Crab.
Posted by Unknown at 10:23 AM No comments: 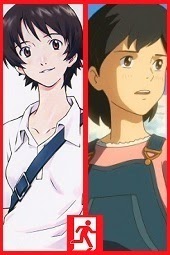 Email ThisBlogThis!Share to TwitterShare to FacebookShare to Pinterest
Labels: AnimeMovieNight! ShojiRamuro, Children Who Chase Voices, SoulBroRyu, The Girl Who Leap Through Time

In celebration of THE VALIANT – Valiant's upcoming prestige format mini-series from superstar creatorsJeff Lemire, Matt Kindt, and Paolo Rivera – Valiant is proud to announce that the publisher is making nine of its biggest #1 issues available as FREE downloads on comiXology for the month of July!

From Archer & Armstrong to X-O Manowar, now is your chance to discover each of Valiant's best-selling series with a complete array of FREE #1 milestones from across the Valiant library, including:

It's history in the breaking! Eighteen-year-old adventurer Obadiah Archer and the immortal miscreant currently called Armstrong will have to work together if modern civilization is to stand any chance of surviving a centuries-old conspiracy that stretches from the catacombs beneath Wall Street to the heights of the Himalayas!

Heroes aren't born…they're built. Brought back from the dead and infused with cutting-edge nanotechnology, the walking weapon of mass destruction now known as Bloodshot has escaped his handlers at Project Rising Spirit and vowed to bring war down up his masters…but first he'll have to figure out where the programming ends and the real "him" begins.

Soldier. Guardian. Warrior. Legend. Across ten millennia and a thousand battlefields, Gilad Anni-Padda has traversed the darkest, most mysterious corners of history. But the horror and bloodshed of constant warfare has finally taken its toll on the man who vowed to serve the Earth as its Eternal Warrior…and soon his oath will bring an ancient war roaring down on modern day.

Read minds. Bend steel. Break all the rules. Runaway teenager Peter Stanchek is on a dangerous path. Skipping across the country in a desperate attempt to stay one step ahead of the authorities, Peter is quickly realizing that he’s a telekinetically powered “harbinger” with the potential to reshape the course of human history. His first lesson? All power comes with a price.

KLANG! Once upon a time, Eric and Woody Henderson were inseparable. Adopted brothers. Best friends. Brilliant minds. Years later, they are estranged siblings, petty rivals, and washed-up failures. But when their father’s murder leads them into the throes of a life-altering scientific accident, Eric and Woody will find themselves with a whole new purpose – and a perfectly legitimate reason to wear costumes and fight crime.

Japan in the 41st century! The year is 4001 A.D. – led by the artificial intelligence called “Father,” the island nation of Japan has expanded out of the Pacific and into geosynchronous orbit with the ravaged Earth below. With billions to feed and protect, it has fallen to one solitary guardian to enforce the law of Father’s empire – the mysterious folk hero known as Rai.

There are a million dreams in the Big Easy. But now its worst nightmare is about to come true. As the forces of darkness prepare to claim New Orleans as their own, Jack Boniface must accept the legacy he was born to uphold. As Shadowman, Jack is about to become the only thing that stands between his city and an army of unspeakable monstrosities from beyond the night.

The world’s most dangerous man, Toyo Harada, has been struck by the one thing he never thought possible – fear. Halfway across the globe, a new power threatens to topple modern civilization and, to preempt the cataclysm that is to come, Harada will unite the most lethal, most volatile, most unforgiving team the world has ever known – UNITY. Their mission: defeat the warrior king armed with the universe’s most powerful weapon. Kill X-O Manowar!

Born into battle, Aric of Dacia – heir to the throne of the Visigoth people – has never known peace. After a brutal encounter with a mysterious enemy known as The Vine leaves him a prisoner on an alien world, the only hope Aric has of returning to his family and saving them from slavery is to seize armored suit capable of incalculable destruction and become X-O Manowar!

Start at the beginning with all nine of these best-selling #1 milestones today at comiXology, then get ready for THE VALIANT - an all-new prestige format mini-series coming in December from all-star creators Jeff Lemire, Matt Kindt, and Paolo Rivera! An entirely self-contained comics event spotlighting Bloodshot, Eternal Warrior, Geomancer, and a cast of heroes and villains from across the Valiant Universe, THE VALIANT is a visionary new adventure from three of the greatest creative talents in comics today.
For more information, visit Valiant on Facebook, on Twitter, on Tumblr, and at ValiantUniverse.com.

For Valiant merchandise and more, visit ValiantStore.com.
Posted by Unknown at 10:01 PM No comments:

Taking inspiration from the assassins of feudal Japan a new series is set to debut in August. Here's an advanced review. 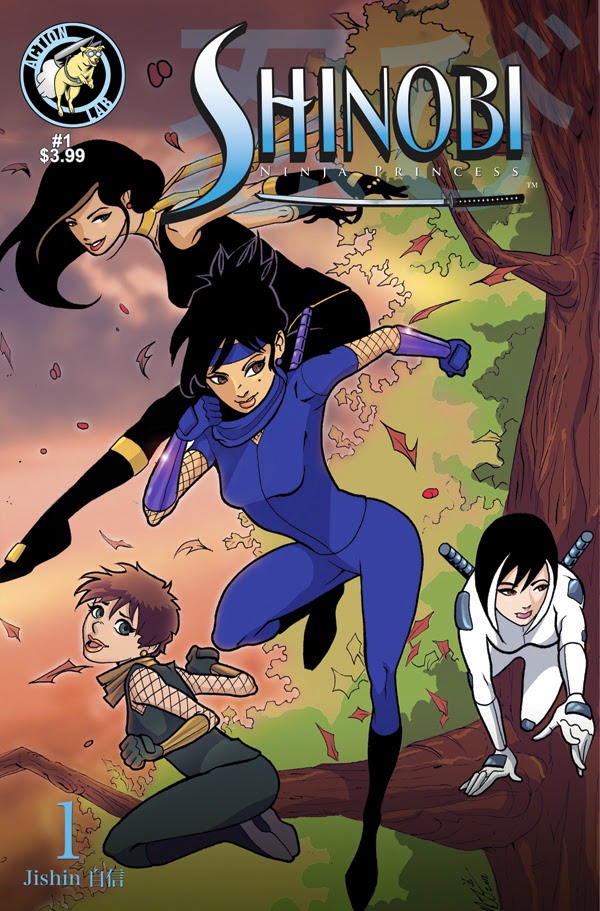 The story revolves as the title suggests, a Shinobi Princess who seems to be on the run from some very scary people. As this is the first issue the author decided to have it be an introduction to the characters, their motivations, and their personalities. As an issue for character introductions and hooking people in, it did well enough. It could have used a little bit extra space to give at least glimpses into the motivations of some characters to define them a little better but that isn't to say they are vague.

There's some nice action here too. What you would want out of a comic about ninjas. There's stealth, martial arts and weapons and it's done satisfyingly enough. The comic definitely lets you know there's plenty more even cooler things to come too.

The art seems to be a mix of anime inspired and classic western action cartoon inspired and it's pretty cool. Some of the character designs stand out more than others but they're cool. The designs that stand out to me in particular are Megumi and the female villain. The action scenes are pretty nicely done and look like they could be from a cartoon, which is a good thing. Given the design style that means they look like they flow well.

For a first issue it does its job and it does it well. It introduced the protagonists and antagonists and set up their personalities. It also built up what seems to be a deeper story than it lets on and entices people to pick up issue 2. If it had at least two more pages, this comic's story runs for 20, it probably could have gone a bit more into why Shianndrea's power is important or how she left her father. But all in all it's a solid book. I give Shinobi Ninja Princess # 1 an 8 out of 10.
Posted by Unknown at 7:04 PM No comments: